The Trouble with Bitching

Home - Comic - The Trouble with Bitching 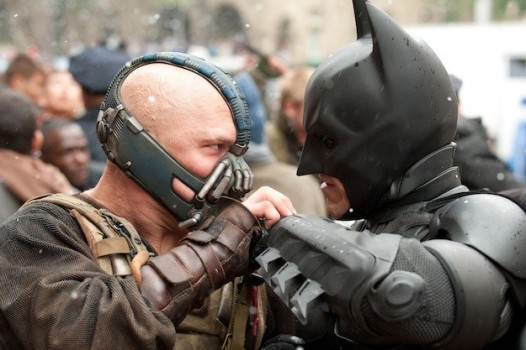 The Dark Knight Rises debuted this past weekend and I’m sure all of you are dying to know what I thought of it. Actually, what you’re probably thinking is “What’s Inglorious Hipsters? I gotta stop obsessively clicking on every link in my Twitter feed just because I’m bored.”

Well, here’s a twist, I’m not going to tell you what I thought of DKR.

I’ve been thinking a lot about the online community and its reaction to news and pop-culture lately and how vitriolic the conversation has become. The instantaneousness (not a word) of the internet gives us the opportunity to react immediately to any event no matter how big or small, important or unimportant.

And boy do we react.

I find there is very little middle ground in online circles, we are either extremely for or against whatever it is we’re discussing. In either case, the result is often a negative, terse debate that can turn friends to bitter enemies.

I’m as guilty of this as anyone, probably more so than the average person. A friend of mine this weekend told me he didn’t read my Prometheus post because everything I write about movies is so “negative.” He said if I actually like a movie it must be the greatest, most mind-blowing film of all time.

As much as that stings to hear, he’s completely right. I love to bitch about things, movies in particular. In all honesty, when I do like something I’m not really inspired to write about it. I’m not sure what that says about me, but I’m sure a doctor would prescribe several daily doses of Paxil, Prozac and Zoloft (that joke likely just invited every spambot in existence to our site).

But it’s always the things you don’t like about yourself that you noticed easiest in others, so when I read morons writing death threats to the sparse few critics who gave Dark Knight Rises a bad review, it drives me crazy. Granted these punks are probably 13-year-old twats how don’t know shit about how to communicate with fellow members of the human race, but my brain can’t help but explode a lobe or two trying to contemplate why anyone would say such a thing.

The truth is, we all need to chill the fuck out. Does is matter whether the Dark Knight Rises is awesome or shitty? Is it necessary to egg on the Chris Nolan worshipers by claiming he’s an overrated hack? Is it a crime against humanity how much screen time Joseph Gordon Levitt gets?

Lost in all the over-charged rhetoric is that talking about Batman and other pop-culture related items is supposed to be fun. Uttering death threats, or purposely inciting rage is not fun, it’s being a dick. Similarly, overreacting to someone’s bloated, self-important opinion is equally dickish.

I’m certain there’s a happy medium somewhere, a place we can all come together and have healthy nerd-fueled debates without all the vitriol. As nerds we could all benefit from taking a step back and remembering how much Batman doesn’t matter in the grand scheme of things. When Batman becomes something less than a pop-culture icon, he becomes something else entirely…enjoyable.

Indiana Jones and the Kingdom of the Crystal Skull – S01E07