The Best of Both Worlds

Home - Comic - The Best of Both Worlds 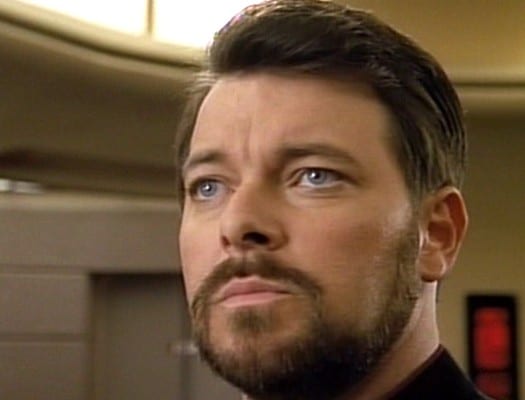 Mr. Worf…Fire.
I think it is pretty much agreed upon by Trekkies that The Best of Both Worlds was easily the best two episodes of Star Trek: The Next Generation. The Borg were a genuinely frightening villain who’s massive technological advantage rendered the crew of the Enterprise helpless. Up until that point in the series Captain Picard and company always seemed to have the upper-hand on their adversaries. Even in the face of Q, an omnipotent being, the captain was confident and defiant.

The Best of Both Worlds spins all that on its head. For the first time we see Picard and Riker unsure of themselves. Picard even tours the ship on the eve of the Borg battle, an old tradition, he says, before a hopeless battle. In my mind that is what makes this two-part episode so amazing, the stakes are so high, the situation is grave and humanity’s very existence hangs in the balance.

So why am I talking about this? Well, as it happens, The Best of Both Worlds was released into theaters this month so Erin and I went to see it last night, along with many other Edmontonian nerds.

Some who came were old fans of the series, some where new to TNG altogether. I heard one tween behind me in line tell his friends he heard these two episodes were “supposed” to be incredible. He mention he had seen the first season of TNG and wasn’t impressed.

“It’s a wonder how the series survived after the season one,” he said.

How indeed. Television shows just don’t get the time to find an audience like they used to. It’s unfortunate, really, because shows like The Simpsons or Seinfeld might not have become the cultural touchstones they are today had they aired in this new era of TV.

Apparently, before The Best of Both Worlds, Star Trek: TNG was on the bubble. According to the mini-documentary shown before the show the menacing Borg tale thankfully managed to solidify the series for Star Trek fans. It would have been such a shame for the show to get cancelled just as it was hitting its stride.

YESS
Switching gears a bit, yesterday we spent some time on Twitter looking for new people to follow on our @ingloriouship account. We do this now and again help spread the word about the comic, but also because it is a very small way of supporting what people are doing here in our city of Edmonton.

Sometimes this can lead to unexpectedly good things. We started following @YESSorg, Edmonton’s Youth Empowerment & Support Services, an organization I used to donate to but the donation period had expired some time ago.

YESS provides shelter and safety for teens who have nowhere else to turn. More importantly, YESS give teens hope in the face of extraordinary adversity, providing them with people to talk to as well as assisting in their continuing education.

We got a DM shortly after we began following YESS that read “Thx for the follow! love your comic:)” which was big thrill to read. That little message got me off my duff to renew my monthly donation to this great cause and we here at Inglorious Hipsters encourage you to do the same! 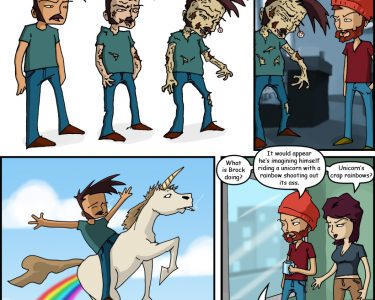