What Happened to the Podcasts?

Home - Comic - What Happened to the Podcasts?
Comic

That’s me in the shower this morning viscerally reliving an embarrassing moment. I’m attempting to erase it from my mind with a string of self-deprecating obscenities, a practice that is more reflex than therapy, though I’ve never been to a therapist. Maybe they recommend you shout at your shower curtain for 2 minutes every day, I don’t know.

I embarrass easily, always have. By default I always assume I’m making an ass of myself. If I make a joke that doesn’t land I’ll replay the event over and over in my mind fretting over what a jackass I must have looked like.

Magnify this by 10 in a pressure situation. Performing in front of the crowd is the easiest way to get me to drown in my own self-doubt. Whether I’m faced with five people or 100, it doesn’t really matter, all I can focus on is the compounding pressure to perform until I’m frozen by it.

For example, yesterday our good friends Jeff and Sally were looking for volunteers to help with a table read of several scripts they have written and hope to put into production. I, of course, jumped at the chance to be part of it, though I was smart enough to request only small parts to read.

Not small enough, it seems! What Jeff and Sally didn’t realize is that I’m incapable of reading more than two sentences clean without going full Jack Donaghy.

Which brings us to why I was swearing in the shower this morning.

Despite having zero natural performance skills of any kind, for some reason I constantly put myself in those embarrassing situations anyway. I’ve volunteered to act in short films, been interviewed on the radio, been a guest on several podcasts and even, as you know, hosted my own podcast.

You wouldn’t believe how badly I clammed up on those radio phone interviews. Holy shit. The only way they could have been worse is if I barfed all over my phone.

“When asked how he felt about being nominated for a Yeggie, comic artist Gregg Beever simply responded ‘BLLLAGGTHGHGGFFFFF!!!’ For iNew 880, I’m Jane Foster and I hate this job.”

I think my only saving grace is that I am aware of my own failings in this area. If I wasn’t I think I’d be a strong candidate to be the next Tommy Wiseau.

You may have noticed there haven’t been any new episodes of Inglorious Hipsters: The Podcast since last fall. While I had promised to continue the show while the comic was on hiatus, I decided that hosting a podcast just wasn’t for me. I’m not a natural host by any measure and I’d much rather be the co-host or guest who gets to riff off the host or make a sarcastic comment now and then. That’s at least within my wheelhouse.

The podcast has been a lot of fun, and was a great excuse to meet cool people like Janelle & Terah, or to have Trent Wilkie come over and make us laugh for an hour.

I’ve always maintained I would continue the podcast if we found someone willing to act as host, but outside of that very unlikely scenario I’ve decided to it’s best to end the show.

With the show over and the comic on hiatus it’s reasonable to wonder what is next. I’m not sure. I’m always going to jump at the chance to be part of something creative, I’ll just be standing in the spotlight a lot less.

What I Learned Losing Weight 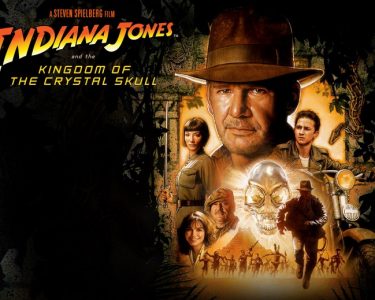 Indiana Jones and the Kingdom of the Crystal Skull – S01E07